We often get asked why do speakers only get 5 minutes? The answer is obvious to us: most presentations, most of the time, aren’t very good. One reason why is that with 20, 30 or 60 minutes, there’s no natural way for speakers to make sure they get to the heart of their story or lesson and stay there. We take seriously the idea that if you can’t use 5 minutes on stage well, why would we give you more? We’re convinced a shorter format helps speakers do a good job, even inexperienced ones. It forces them to prepare, practice and refine. It also creates energy, drama and allows more people to share the stage at our events.

Although Ignite began in Seattle in 2006, there is a long history of short-form speaking events. In 1917, The Four Minute Men worked for the U.S. government to convey information to citizens. More recently, in 2000, software developer Mark Jason Dominus realized most speakers were far from concise. They go on too long and rarely make their points clearly no matter how much time they have. His solution? Instead of giving them 60, 30 or even 20 minutes, just give them five. The time limit was the only rule, and he called this format the lightning talk. Today events do 99 second or 60 second talks, and in some cases allow anyone brave enough to walk up to the microphone to take a turn.

In a similar spirit of brevity, Astrid Klein and Mark Dytham from the architecture firm Klein-Dytham wanted to inspire creative people to express themselves more clearly. In 2003 they started a new format for presentations called Pecha Kucha (pronounced pe-chak-cha), with the goal of making presentations fun and interesting, and increasing the number of speakers that can present in a few hours. Their format is 20 slides and 20 seconds for each slide (20×20), for a total of 6 minutes and 40 seconds.

In 2006 Brady Forest and Bre Petis, who worked for O’Reilly Media at the time, created the first Ignite event, an evening of short talks and socializing here in Seattle. It was an experiment to see if the Seattle community wanted a more dynamic and social speaking event. They simplified the format to 20 slides, with 15 seconds per slide, to make a nice round number of five minutes. It went well. They promoted the idea of the event and there are now dozens of them around the world.

Here at Ignite Seattle, two of our major goals are sharing diverse stories and teaching the craft of storytelling. To achieve this we provide free coaching to all of our speakers to help them master the five-minute Ignite format as well as gain confidence in all of the core skills of public speaking.

[This is a revised version of The End Of Boring Presentations, Forbes.com] 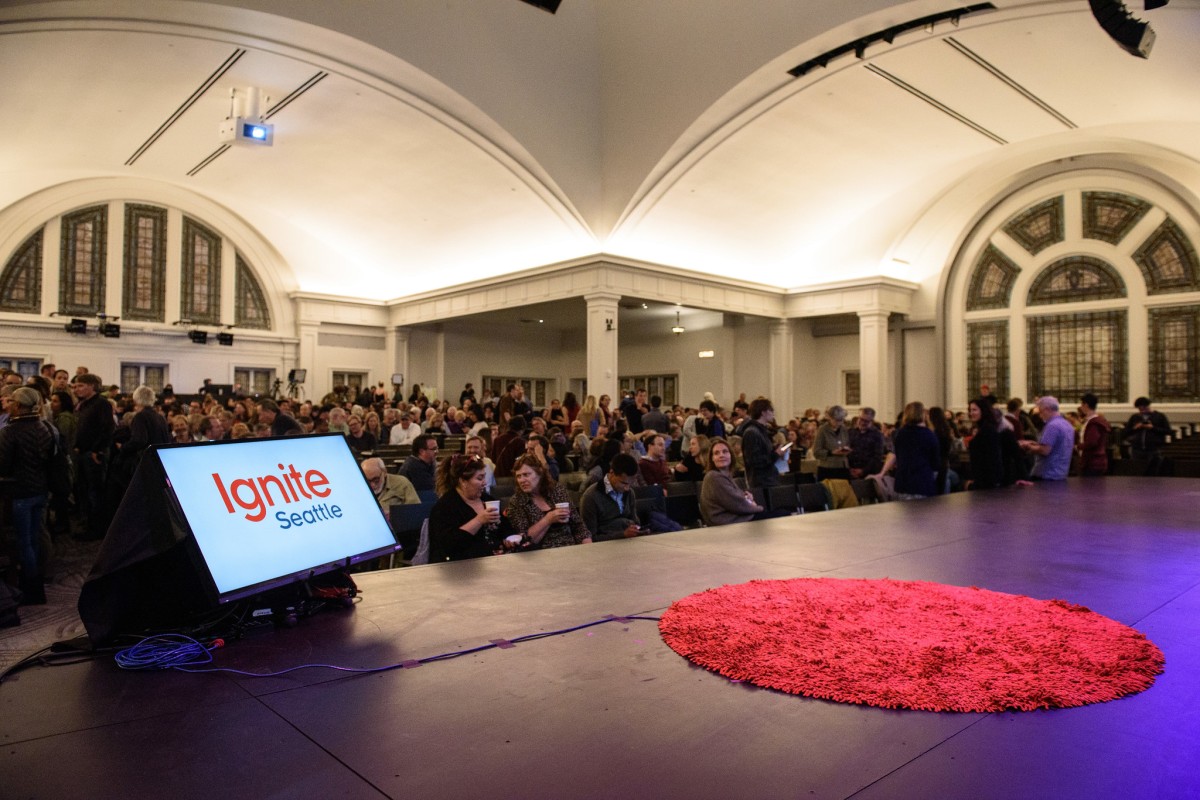 Thanks to all of you who joined us for another stupendously fun, inspiring and challenging evening of short presentations, lively conversations and interactive experiences. Here is our recap of everything from that wonderful night.

Thanks to our sponsors Punch Drunk, Mindhatch, 4Culture and Reel Grrrls for our on-air livestream entertainment.

And tickets are on sale at early bird price ($10). We’ve sold out 9 of our last 10 shows – get your seats now. Invite your friends or people you’d like to make into your friends.

Full gallery can be found here. Thanks to Brady Harvey and Randy Stewart, our official photographers. 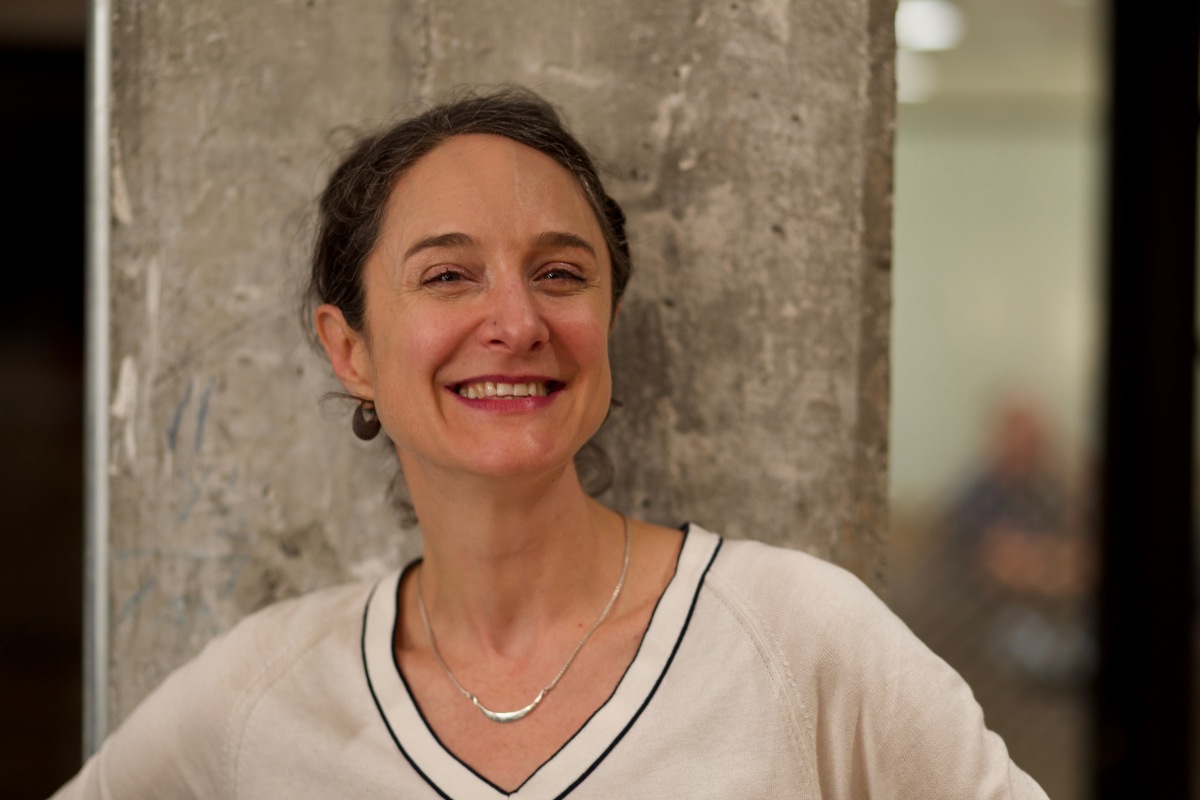 Ignite Seattle speaker Mary Purdy is well-aware of the potential to cut carbon emissions by eating better, and this Thursday October 3rd, she’s taking to the stage to share a few ways our audience can make a difference with their forks.

From food waste to plant proteins, there are many ways to cut your carbon emissions (no, you don’t have to become a vegan!), and while not everyone is in the position to make a change in the way they eat, most of us are.

Join us on October 3 to hear Mary and 11 other funny, wonderful, and amazing speakers. Tickets are on sale now. 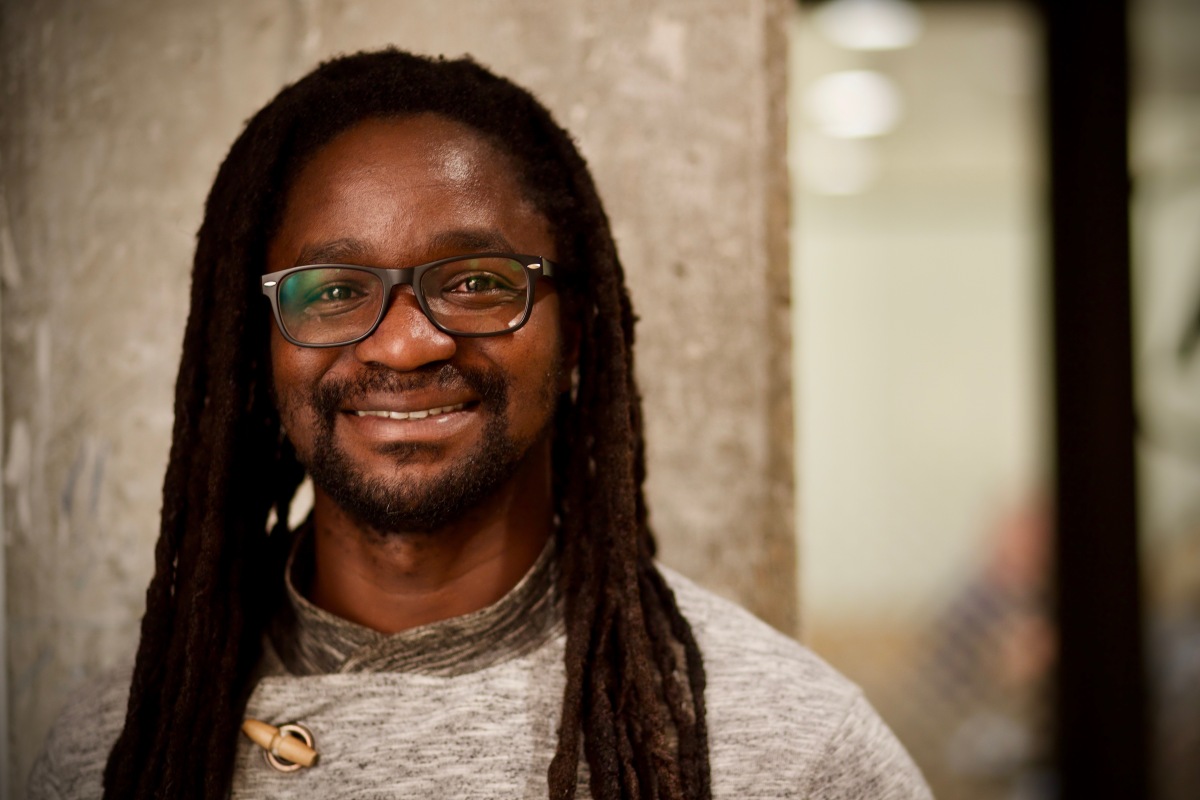 In terms of dollars spent on foreign aid, the US is one of the most generous nations in the world. But in terms of damage done to overseas communities? We’re pretty high up there too.

Coming from Kenya, Ignite speaker Simon Okelo knows this well! When we think “how can we help,” we spend our money on what we think they need. So communities end up with an orphanage, when what they really needed was a place to bring their community together.

Join us on October 3 to hear about how Simon has made it his mission to turn disused buildings into creative hubs across Kenya. Tickets are on sale now! 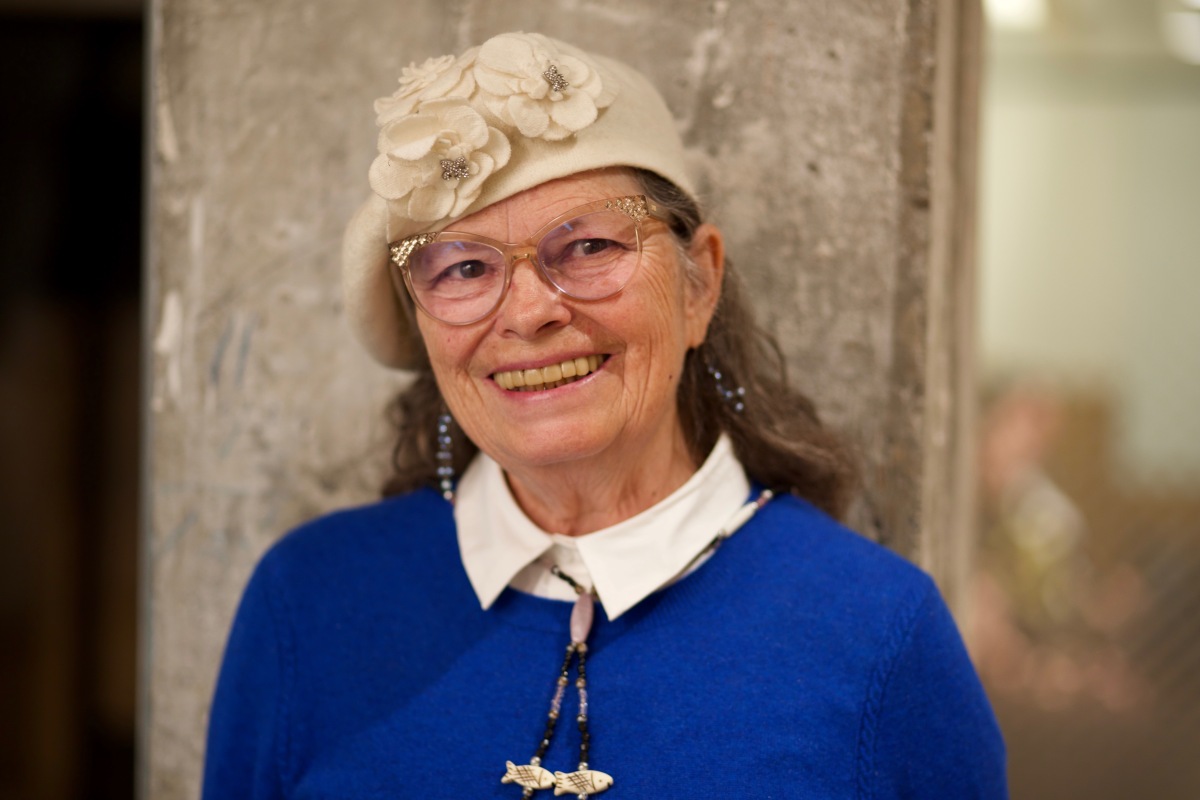 This Thursday, October 3, Ignite speaker Understanding Israel invites us all to learn more about what Seattle’s maritime climate grows best: a cult!

Understanding spent 26 years in an “alternative urban/rural community” in Queen Anne, in what she at-the-time called a commune. (“Like: ‘Far out and pass the bong.'”)

She’s taking the stage at Ignite this Thursday to share her experience through photos, stories, and a special surprise midway through. As Understanding tells us, “You will feel better about your life after listening to how I screwed up mine”.

Get your tickets for Ignite Seattle today! Thursday, October 3 is only a few days away! 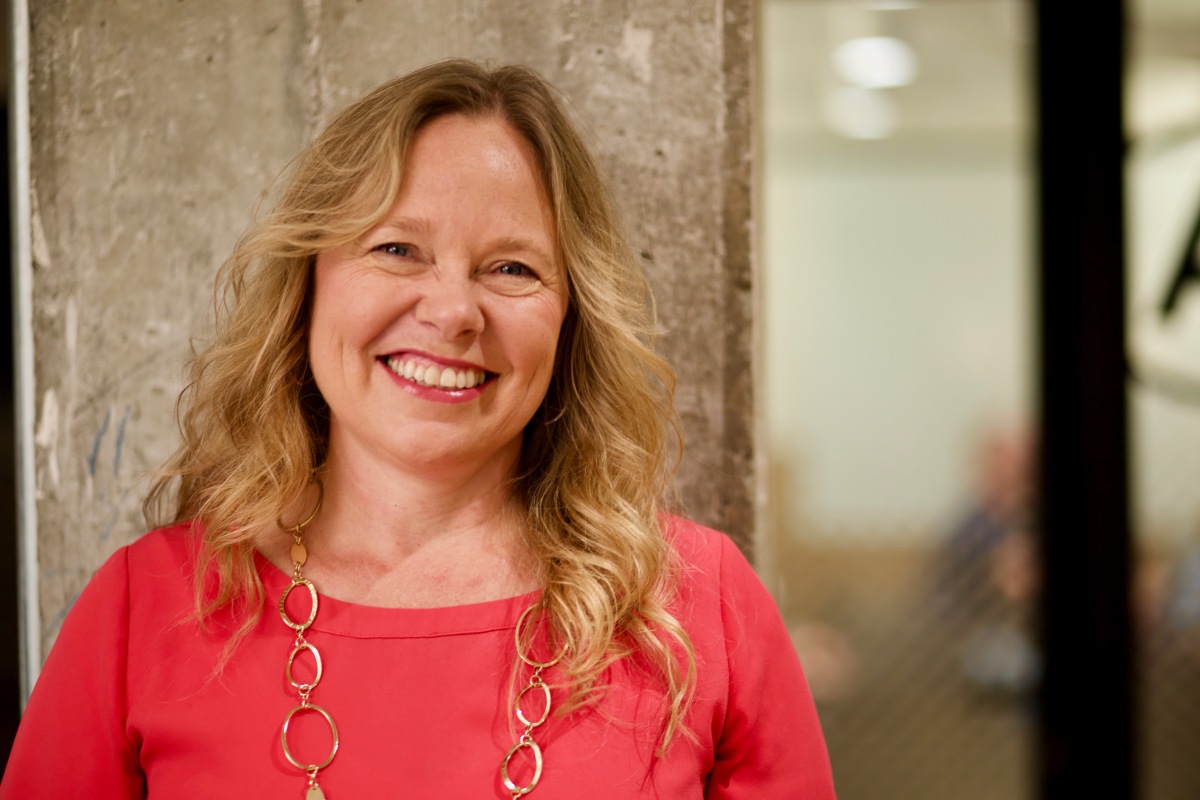 Ignite Seattle speaker Angela Barrus was probably expecting a little hassle when returning to the US from her visit to Canada. (Who wouldn’t expect a little hassle at the border?)

She wasn’t expecting alarms, drawn guns, whiplash, concussion, threats of a $15,000 fine, and finally leaving with bloody hands. Then again, she didn’t realize she had unwittingly become an international smuggler!

What was Angela smuggling, and how did she end up in such a crazy situation? (In her own words: “If it hadn’t happened to me, quite frankly, I’d question the sanity of the storyteller.”)

Join us at Ignite Seattle #40 this Thursday, October 3, to find out! 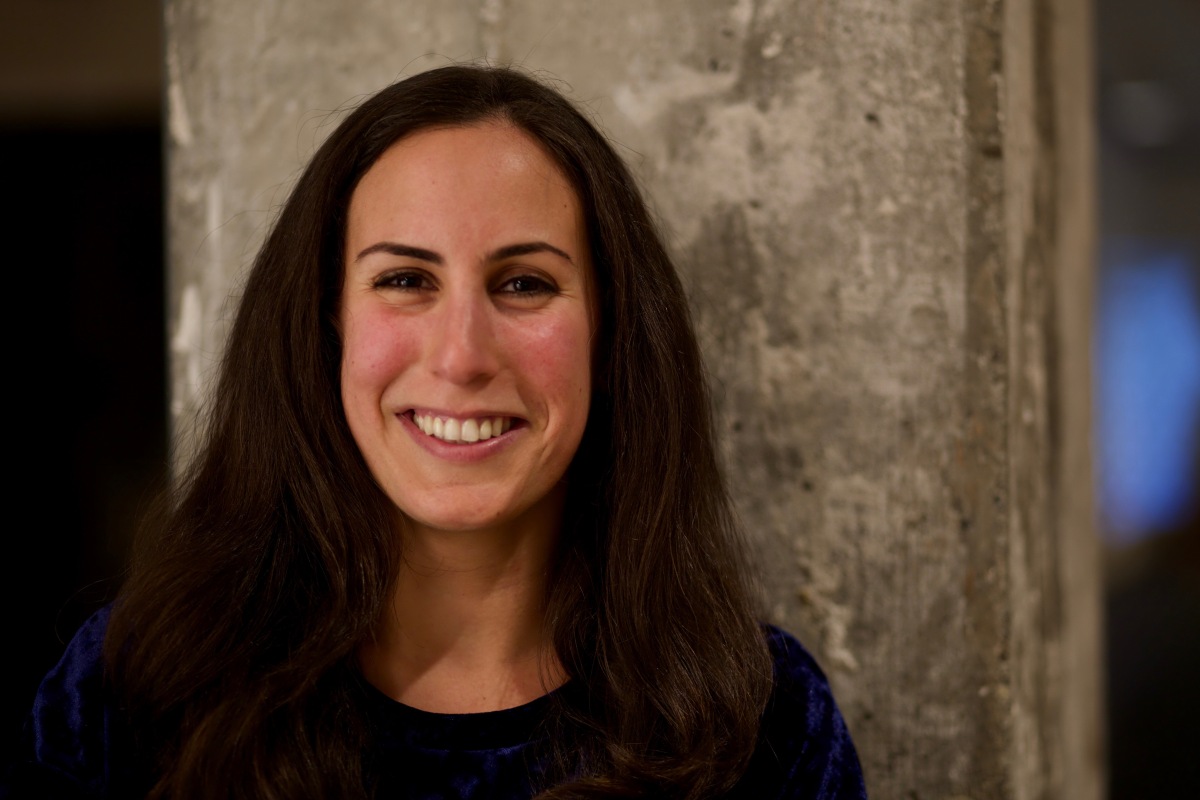 It’s no surprise that adults struggle to make new friends. According to Ignite speaker Nadine Khoury, the average American made their last new friend five years ago.

Nadine moved to Seattle as an adult, so she knows the difficulties of trying to make new friends well. But (unlike many of us!) she tried anyway, and she’s joining us as Ignite Seattle #40 to share some tips about how we can all make more friends.

Along the way, she’ll share some of her own experiences. Want to know what happens when you ask someone “I like your shoes, wanna be friends?”

Join us this Thursday, October 3, at Town Hall Seattle and find out!